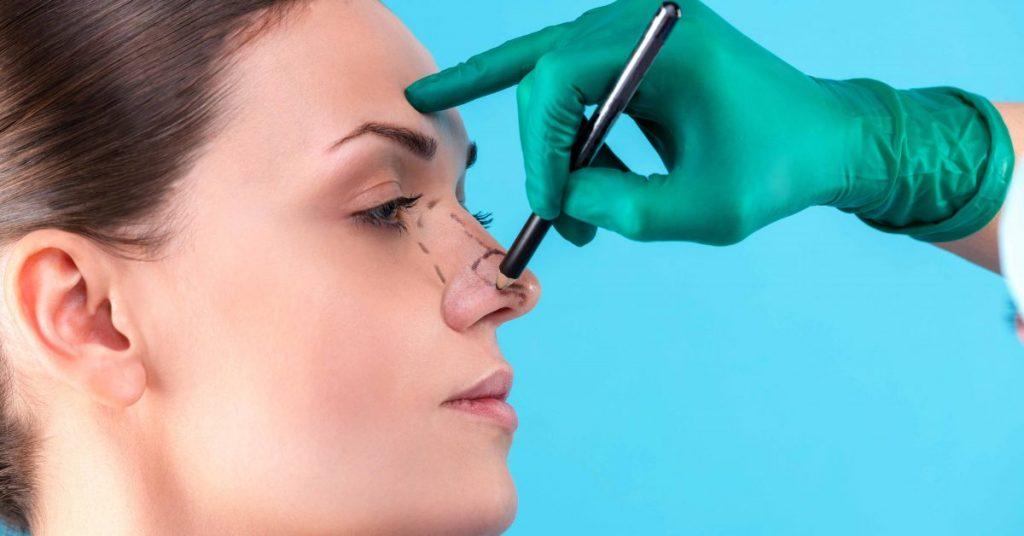 Female Rhinoplasty Surgery: Dr Azim J Khan believes that having a rhinoplasty as a female is a very individual decision. Having a rhinoplasty can greatly enhance the aesthetics of your face. Many women feel that their nose is overly prominent, large or bent. This can lead to a feeling of people always looking at their nose. With subtle changes to the nose these disfigurements can be corrected. The result of the rhinoplasty is a nose that blends into the rest of the face.

No two noses are the same and Dr Azim J Khan understands that the desires of patients may differ significantly. For this reason Dr Azim J Khan will tailor the rhinoplasty to suit your requirements, allowing you to choose what you would like to be changed. To give you a better idea of what these changes will be Dr Azim J Khan is able to perform pre operative image modification.

There are many reasons why patients might feel they would like to have a rhinoplasty. Common achievable goals of a female rhinoplasty include:

Almost everyone has some degree of bend in their nose. For some people this is subtle and can be hidden with makeup, however for others it can be a cause of feeling as though people are always looking at their nose.

There are 2 main reasons why you may have a bent nose. Firstly females may have broken their nose at some stage, usually playing sport. Secondly the nose may have developed with a bend on it, which is very common. You may find that other family members have a similar bend on their nose.

No two noses are the same and when you see Dr Azim J Khan ensure that you address all of your concerns in relation to your nose. He will tailor the operation for you to ensure that you have a procedure that gives you a natural appearance to the nose.

Straightening the nose is different for every patient but the general steps include:

There are several examples of rhinoplasties for straightening a nose in the gallery for your perusal.

Almost everyone has some degree of a nasal hump. It is a very common request to want to have a nasal hump reduced to decrease the prominence of your nose. Many people find that having a nasal hump runs in their family with many of their relatives having a large hump on their nose.

The degree of hump reduction required varies between patients. Dr Azim J Khan is able to perform pre operative image modification to ensure that you can tell him how much of a hump reduction you would like to have performed.

Reducing a nasal hump differs between patients but the general steps of the operation include:

Many females feel their nose is too large for their face. Having a large nose can detract from other natural beauty such as you eyes or smile because you feel that people are always looking at your nose.

People who feel they have a large nose may have one or many of the following features:

Having a large nose differs between people and it is important that you tell Dr Azim J Khan what you would like to have changed. Dr Azim J Khan is also able to perform pre operative image modification to ensure that you can see what will be changed.

Decreasing the size of the nose varies significantly between patients. Some of the techniques that may be used include:

Refining the tip of the nose is a true art form. The nasal tip differs dramatically between patients. Common complaints of women who want to have a tip refinement include:

Tip refinement is a very individual procedure and it is important that you discuss what you would like to have changed with Dr Azim J Khan.

To further discuss having any of these procedures make an appointment with Dr Azim J Khan.

PrevPreviousRevision Rhinoplasty
NextMale RhinoplastyNext
Copyright © 2004-2023 rhinoplasty.org.pk . All Rights Are Reserved
We use cookies on our website to give you the most relevant experience by remembering your preferences and repeat visits. By clicking “Accept All”, you consent to the use of ALL the cookies. However, you may visit "Cookie Settings" to provide a controlled consent.
Cookie SettingsAccept All
Manage consent

This website uses cookies to improve your experience while you navigate through the website. Out of these, the cookies that are categorized as necessary are stored on your browser as they are essential for the working of basic functionalities of the website. We also use third-party cookies that help us analyze and understand how you use this website. These cookies will be stored in your browser only with your consent. You also have the option to opt-out of these cookies. But opting out of some of these cookies may affect your browsing experience.
Necessary Always Enabled
Necessary cookies are absolutely essential for the website to function properly. These cookies ensure basic functionalities and security features of the website, anonymously.
Functional
Functional cookies help to perform certain functionalities like sharing the content of the website on social media platforms, collect feedbacks, and other third-party features.
Performance
Performance cookies are used to understand and analyze the key performance indexes of the website which helps in delivering a better user experience for the visitors.
Analytics
Analytical cookies are used to understand how visitors interact with the website. These cookies help provide information on metrics the number of visitors, bounce rate, traffic source, etc.
Advertisement
Advertisement cookies are used to provide visitors with relevant ads and marketing campaigns. These cookies track visitors across websites and collect information to provide customized ads.
Others
Other uncategorized cookies are those that are being analyzed and have not been classified into a category as yet.
SAVE & ACCEPT